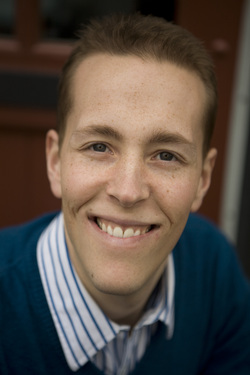 Born and raised in Tacoma, WA, baritone Ryan Christopher Bede made his Seattle Opera solo debut in May 2017 as the Second Priest in The Magic Flute, followed by Prince Yamadori in Madama Butterfly, Jim Crowley in An American Dream and Fiorello in The Barber Of Seville in the 2017-18 season. He returned as Moralés in Paul Curran's acclaimed production of Carmen in May 2019, and in May 2021 as the Jailer in the Dan Wallace Miller's film version of Tosca. In the 2021-22 season, he returns to Opera Idaho as both the baritone soloist in its inaugural Opera In The Park and as Jim Crowley in An American Dream. He also joins Nashville Opera for Opera On The Mountain. In October 2019 he made his role debut as Belcore in The Elixir Of Love with Tacoma Opera, where he has appeared in numerous roles such as Moralés/Le Dancaïre in Carmen, Tiger Brown in The Threeepenny Opera, Papageno in The Magic Flute, Mercutio in Roméo et Juliette, Schaunard in La Boheme and the Pirate King in The Pirates Of Penzance. Other recent roles have included Masetto in Don Giovanni with Opera Idaho, where he also sang Papageno to great acclaim, and performing the roles of Prince Yamadori and the Imperial Commissioner in Madama Butterfly with Inland Northwest Opera.

Recent concert engagements have included Handel's Messiah with the Bremerton Symphony and Federal Way Symphony, Spectrum Dance Theater's acclaimed production of Carmina Burana as well as Bach's Christmas Oratorio with Early Music Vancouver/Pacific Musicworks, conducted by Stephen Stubbs. He was to join  Symphony Tacoma for his solo debut in Mozart's Requiem (Spring 2020 - postponed due to COVID-19). He has been a frequent soloist with Orchestra Seattle/Harmonia Orchestra & Chorus in such masterpieces as Fauré's Requiem, Duruflé's Requiem, Haydn's Die Jahreszeiten, Carol Sams' The Earthmakers, and Vaughan Williams's Fantasia On Christmas Carols. He will return as the bass soloist in Handel's Messiah in December 2021. He sang Rutter's Mass Of The Children with the Everett Chorale and Bellevue Presbyterian Church, and in the summer of 2017 he performed the bass solo in Mozart's Requiem in Sofia and Varna, Bulgaria under the baton of Dr. Steven Zopfi and Dr. Scott Glysson.

Other recent performances have included a solo appearance with the Cal Poly Symphony & Chorus (Duruflé Requiem and Ravel Don Quichotte a Dulcinée), the role of the Land Speculator in the premiere of Sarah Mattox's opera Heart Mountain with Vespertine Opera, Samuel Barber's Dover Beach with the Seattle-based Bella Sala Ensemble, Dr. Falke in Die Fledermaus and Morales/Dancaire with Pacific Northwest (formerly Skagit) Opera, and Albert in Werther with Vashon Opera. He spent a summer as an Emerging Artist with Opera New Jersey and has also performed as a soloist with numerous orchestras in the Pacific Northwest.

He is a former Young Artist with Tacoma Opera and the Aspen Opera Theater Center, and was a two-time recipient of the Seattle Opera Guild Singers Training Fund Grant. He completed his studies at the University of Puget Sound and the University of Washington, and is now pursuing a DMA in Voice at the UW. He has taught on the faculties of Seattle Pacific University, the University of Puget Sound, and Tacoma Community College, and is very active in the National Association of Teachers of Singing (NATS). He presently serves as the baritone soloist and section leader at First Presbyterian Church of Nashville, and teaches voice privately to students of all levels in the Nashville area.